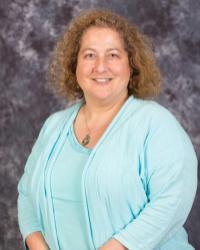 Director of the Matrix Center for the Advancement of Social Equity and Inclusion at the University of Colorado at Colorado Springs.

She is the author of White Man Falling: Race, Gender and White Supremacy, Rowman & Littlefield, (1998); co-author of the American Sociological Associations' Hate Crime in America: What Do We Know? (2000) and Making a Difference: University Students of Color Speak Out, Rowman & Littlefield (2002); co-editor, with Michael Kimmel, of Privilege: A Reader, Westview Press (2003); and editor of Home Grown Hate: Gender and Organized Racism, Routledge (2004). She has co-edited two new volumes: The New Basics: Sex, Gender and Sexuality (Oxford University Press, 2008) and The Matrix Reader: Examining the Dynamics of Privilege and Oppression (McGraw Hill, 208), both designed for classroom use.

Ferber is widely recognized as a leading scholar of the far right, and her articles have been widely published in academic journals (including Ethnic and Racial Studies, Rural Sociology, Sociological Perspectives, Social Identities, Men and Masculinities, Sociological Focus and Teaching Sociology) as well as news outlets including The Denver Post and The Chronicle on Higher Education. Ferber is a frequent presenter at the meetings of the American Sociological Association and the Society for the Study of Social Problems. Ferber has also conducted many workshops on the far right, hate crime, and teaching about hate. She has been widely interviewed by the press, and served as a panelist for the American Sociological Association's 1999 Press and Congressional Briefings on hate crime in America. Ferber received her Ph.D. (1994) in Sociology from the University of Oregon. She received her M.A. (1989) from the University of Oregon and her B.S. from American University. She currently teaches both undergraduate and graduate courses in the areas of race, gender, and sexuality.

Ferber is a co-organizer of the national White Privilege Conference, and the Knapsack Institute: Transforming the Curriculum summer workshop, both programs of the Matrix Center . She is also on the board of the non-profit organization, Smart-Girl.