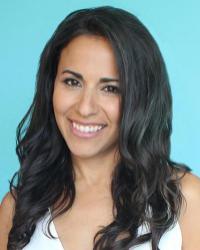 Dianne I. Solano, RNCP, ROHP, is a Registered Orthomolecular Nutritional Consultant Practitioner, a former teacher at the Canadian School of Natural Nutrition and an active member of the International Organization of Nutritional Consultants. Her practice has expanded into the field of functional medicine and has worked closely with elite clinical nutrition experts in both the US and Canada. She has spoken globally on the topics of applied clinical nutrition and have facilitated courses and lectures within various corporations.

Along with running a busy practice, Dianne is also the designated orthomolecular nutritionist for the Master Intuitive Coaching Institute and has contributed to the nutrition component of the #1 selling book "Weight Loss For People Who Feel Too Much" authored by Colette Baron-Reid. All of Dianne's programs are created both in clinic and via off-site/distance consulting, due to the client demand which stems from her internationally sold seminars and courses.

Within the past 4 years Dianne has expanded her business into wealth creation by becoming a Diamond Distribution Partner for Organo Worldwide. Motivated by being a single mom, Dianne has built and lead an international Organization in less than 5 years with a sales volume of over 2 million. Dianne’s passion is developing entrepreneurship among individuals worldwide in order to create financial, time and geographic freedom.