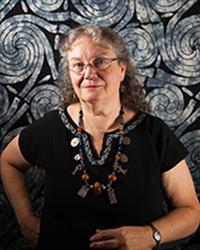 Diana L. Paxson, author of Odin, Ecstasy, Runes and Norse Magic, is a writer, priestess and teacher who has been studying and teaching Germanic mythology and religion for nearly thirty years. She is the author of Taking Up the Runes, Essential Asatru, Trance-Portation, and Posession, Depossession, and Divine Relationships.

Paxson also pioneered the recovery of traditional Norse oracular practice, described in The Way of the Oracle.

She writes a regular column on goddesses for Sagewoman magazine. Paxson has also written numerous mythic short stories and novels featuring the Old Religion, and continued the Avalon series begun by Marion Zimmer Bradley (most recently with Sword of Avalon). She an Elder (and former First Officer) of the Covenant of the Goddess. She is also an Elder of the Troth, an international heathen organization whose journal, Idunna, she edits.

Paxson is a featured speaker and workshop leader at pagan conferences and festivals all over the U.S. and in Europe.