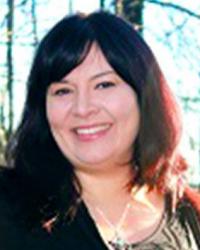 Denene Robinson grew up in a pulp mill town in northern British Columbia. It is there that she developed the idea that women stayed home, cooked and took care of the kids. With this perspective on life she could not realize her potential or her purpose. She simply did not recognize the powerful woman she could become. Denene continued to live within the limits of these self- defeating beliefs until much later in her life when she began to work with a holistic meditation professional, Dr. Chin. Through Dr. Chin’s meditation sessions she learned that she could go within and she could heal herself. As she healed she was also guided and empowered to realize her purpose. The sessions led her to pursue her long-time career of working with people with disabilities.

Fast forwarding, Denene attended an Energetic seminar (hosted by Colette). She learned that healing need not to take years for one to see results. Shifting is immediate and fast! With these teachings she further developed her ability to not only empower her life but to also assist others to realize their true life purpose. Denene is currently a certified Angelic Medium, she can transcend messages from a higher source. Also through a higher source she has the ability to shift blockages and delete them. Denene also provides people, their homes and work places The Ancient Art of Smudging.

Recognizing that these wonderful teachings has provided her with the ability to heal her life and her spirit she is also guided to pass them on and help people find their own truth.