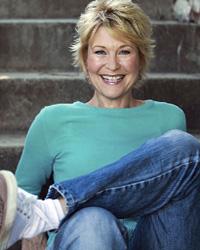 Dee Wallace has worked as an actress in film, television and the stage for over 30 years. With over 100 credits to her name, Ms. Wallace is a true tour de force in this industry, working with countless directors, producers and some of Hollywoods biggest names including Steven Spielberg, Peter Jackson, Wes Craven, Joe Dante, Stephen King and Blake Edwards. Dees career began in New York where she studied with famous acting teacher Uta Hagen before moving to Los Angeles where she continued to hone her craft with her mentor Charles Conrad.

Her many feature film credits include such classics as The Hills Have Eyes, The Howling, Cujo, Secret Admirer, The Frighteners, 10, and most notably her starring role in one of Americas most celebrated films, E.T. The Extra-Terrestrial, directed by Academy Award winning director and film icon Steven Spielberg. She was recently featured in Rob Zombies Halloween.

Dee has starred in four television series including her return as the passive aggressive matriarch in a very dysfunctional family, on the ABC comedy Sons and Daughters. Other recent television credits include, Greys Anatomy, Cold Case, Without a Trace, Ghost Whisperer, a recurring role on My Name is Earl and Saving Grace.

As a much sought after celebrity and renowned actress, Dee has appeared on every major news and talk show and has been featured on E True Hollywood Stories, Oprah and The OReilly Factor. Her speaking engagements include numerous national and international venues including the Love and Harmony Forum in Tokyo, Japan; the Dillion Lecture Series; Unity Temple; Cornerstone Foundation and the Kansas Film Commission in Kansas; the Sally Johnson Studio in New York; Spiritworks; the Sierra Madre Womens Club; Energetic Healing seminars throughout England, and her own healing and teaching seminars throughout the United States.

As an author, Dee has written a book devoted to the art of self-healing. She conducts monthly workshops to introduce people to the healing techniques outlined in her book, Conscious Creation and facilitates numerous private healing sessions at her office in Woodland Hills, California.

In addition to her ongoing work with fellow actors as an acting teacher and mentor, Dee devotes all her extra time to her beautiful daughter Gabrielle.