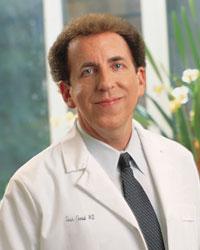 He is the author of five best-selling books, including New York Times bestsellers Dr.Dean Ornish's Program for Reversing Heart Disease, EatMore, Weigh Less, and Love& Survival. He writes a monthly column for both Newsweek and Readers Digest magazines.

The research that he and his colleagues conducted has been published in the Journal of the American MedicalAssociation, TheLancet, Circulation, The New England Journal of Medicine, the American Journal of Cardiology, and elsewhere. Aone-hour documentary of their work was broadcast on NOVA, the PBS science series, and was featured on Bill Moyers' PBS series, Healing& The Mind. Their work has been featured in all major media, including cover stories in Newsweek, Time, and U.S. News & World Report.

He has received several awards, including the 1994Outstanding Young Alumnus Award from the University of Texas, Austin, the University of California, Berkeley, National Public Health Hero award, the Jan J. Kellermann Memorial Award for distinguished contribution in the field ofcardiovascular disease prevention from the International Academy of Cardiology, a Presidential Citation from the American Psychological Association, the Beckmann Medal from the German Society for Prevention and Rehabilitation of Cardiovascular Diseases, the Pioneer in Integrative Medicine award from California Pacific Medical Center, the Excellence in Integrative Medicine" award from the Heal Breast Cancer Foundation, the Golden Plate Award from the American Academy of Achievement, a U.S. Army Surgeon General Medal, and the Bravewell Collaborative Pioneer of Integrative Medicine award. He is listed in WhosWho in Healthcare and Medicine, WhosWho in America, and WhosWho in the World.

Dr. Ornish was recognized as one of the most interesting people of 1996 by People magazine, featured in the TIME 100 issue on integrative medicine, and chosen by LIFE magazine as one of the fifty mostinfluential members of hisgeneration.