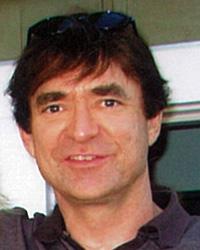 David Thomas was trained as a journalist and now works as a writer in Los Angeles. A little over ten years ago he began a journey of spiritual discovery, exploring every religious and philosophical text he could get his hands on. All throughout this quest for greater meaning, the message that spoke to him the most deeply came from channeled material. It resonated with him, and despite some initial skepticism, he kept delving into it. A decade later, he is absolutely convinced that we are receiving important messages, transmissions if you will, from consciousnesses outside space and time. He made TUNING IN to help get these messages out to as many humans as possible.