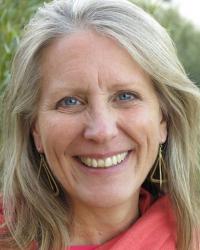 Rev. Cynthia Brix is an interfaith minister and co-founder of the Gender Reconciliation International project, which has organized more than 75 intensive gatherings in seven countries for healing and reconciliation between women and men.  She has recently received an honorary doctorate from the California Institute of Integral Studies (CIIS) in San Francisco.  Cynthia is also co-founder of the Women’s Spiritual Mastery project and organized an international women's conference in Turin, Italy that brought women spiritual masters together from Buddhist, Christian, and Hindu traditions, and produced a DVD video from this conference entitled Cultivating Women’s Spiritual Mastery.

Cynthia was formerly a campus minister at the University of Colorado for United Ministries of Higher Education, and she led meditation workshops at regional and national Unitarian Universalist conferences. Cynthia co-chaired the Race Relations Committee for the City of Muncie, Indiana, and later initiated an interfaith project to address racial tensions at the University of Colorado-Boulder.

A long-time student of Eknath Easwaran’s Passage Meditation, Cynthia leads retreats on interfaith spirituality, and she is adjunct faculty at Holy Names University. She earned her master’s of divinity from Iliff School of Theology (2006) and her master’s degree in wellness management and applied gerontology from Ball State University (1999).  Cynthia is contributing author of Divine Duality: The Power of Reconciliation between Women and Men (Hohm Press, 2007), and co-author of Women Healing Women (Hohm Press, 2009).