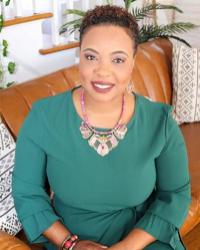 CHESAPEAKE BAY, Va.— Courtney Kittrell loves her hair, makeup and the latest fashion trends. She also loves the respect her sailors give her as a senior chief petty officer in the U.S. Navy. This profound respect didn’t come easy for the vivacious homosexual woman of color; it was earned through determination, hard work and a never-give-up attitude. As a woman in the Navy, she faced tests, trials and tribulations at every stage. She confronted misogyny in the military’s boy’s club, chauvinism, insults and a demeaning work environment. Pushing herself beyond her limits, she had to prove herself daily to receive the respect of her male colleagues. Courtney Kittrell is a native of Greensboro, North Carolina and a 20-year veteran with the United States Navy. Her military experiences have made a mark on her life through personal and leadership struggles.

Courtney is a leader of many and a friend to all. She has been motivated to be a voice for others who are battling depression, suicidal thoughts, and mental health issues. She lives with her wife, Tiffany R. Barber, and their dog, Dreyfuss, in Chesapeake, Virginia.