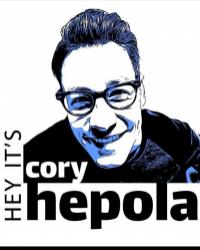 Cory Hepola is the Host of “Hey It’s Cory Hepola” from 9-Noon on iconic WCCO Radio in Minneapolis where he’s been named “100 People To Know in 2020” for his leadership and creativity by “Twin Cities Business.” Before his transition to radio, Cory won two Emmy-Awards for Outstanding TV Anchor while at KARE 11 (2016 & 2018) and has been called a “Game Changer” in local media, landing on the cover of “Twin Cities Business” magazine in 2017.