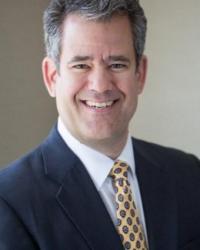 Chet Thompson is president and CEO of the American Fuel & Petrochemical Manufacturers (AFPM), the trade association representing nearly 300 member companies that encompass virtually all U.S. refining and petrochemical manufacturing capacity. He became AFPM’s president and CEO in 2015. Prior to joining AFPM, Thompson was a partner at Crowell & Moring LLP, where he was chairman of the Environment & Natural Resources Group. He previously served as deputy general counsel at the Environmental Protection Agency (EPA) during the George W. Bush Administration. Before joining EPA in 2004, he spent 10 years at Collier Shannon Scott PLLC. In October 2015, The Hill named him as one of Washington’s Top Lobbyists. He has also been recognized as one of the leading lawyers in the United States by Chambers & Partners. Thompson holds a B.A. in Political Science from Boston College and a J.D. from the Catholic University Columbus School of Law.