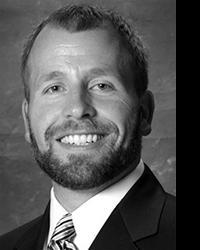 In Business-
Chad is registered with the Securities and Exchange Commission (SEC) as a registered broker and license holder of several investment and financial licenses. Retired from Microsoft at a young age, he knows what it takes to become financially independent.

As a Coach-
Chad Cooper has been an advisor to CXO executives in Fortune 500 companies advising leadership service, operation, and strategy on how to position and define services as strategic assets and has coached thousands of people. In addition, he is coach to Professional Athletes in WBO, NHL, MLB, USAT, NFL, and Olympians around the world, taking their performance to legendary levels.

As an Athlete-
As a former multi-major sponsored triathlete, Chad competed on the Ironman race circuit and consistently ranked in the top 10% of his bracket nationally. Chad believes you always have enough “time” to keep your body healthy.

A Philanthropist -
As a humanitarian, Chad works with many charitable organizations donating his time traveling with organizations doing the hands on work to improve lives in the USA and other countries. He even donates a portion of his book sales to http://houseofhealingmission.org.