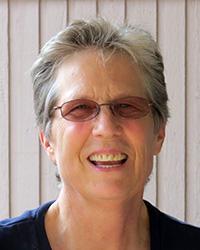 By the time Cathy Fleury was 10 years old, she knew what her passion in life was. When she moved next door to Steve, age 8, a romance of a sort had begun. Cathy and Steve set out over the next couple of years to build every fort and go cart they could. Using scrap wood and straightening nearly every used nail they could find, they fed off of each other's talents and ideas. Their first go cart was built using an old wooden ironing board for the body which worked okay, but the year Steve got a set of lawnmower wheels for his birthday, these two kids could dream up anything. They even had one go cart that was a replica of Fred and Wilma Flintstone's car, which drivers would comment on as they passed on the street. These two kids played hard every day, when it wasn't forts or go carts they would build 'skate board's' using old 2x4's and pairs of the old school steel roller skates, or make mini hydroplanes to pull behind their bikes on strings. Once they even launched a hot air balloon using sticks, plastic wrap, string and a candle Oh the creations these two came up with together.


Those two years were full of adventure and creativity, which always remained in Cathy's heart. Getting through the rough teenage years, these passions were set aside for other things. Then came marriage and motherhood, which was satisfying, but the passion for the creativity was still there. Ten years later the marriage had dissolved, leaving Cathy with no working skills and two children to support. Cathy then heard about the ANEW program which helps low income mothers get training to start in the building trades. She joined the program and advanced rapidly into a job with a commercial ceiling company. After 3 years she took a job working for a new home builder as their laborer and worked with them for 3 years until she got hired by a small remodeling company. This led to working for other remodeling companies for a total of about 9 years where she then decided to head out on her own. Creating Seattle Mantel Shoppe, Cathy worked and still works hard designing mantels and remodeling fireplaces for people around the Puget Sound area. Having been in the industry for over 20 years, Cathy has knowledge in nearly all aspects of home repair and remodeling, which led her to create Cathy's Handy.


Cathy's Handy is Professional and Expert in: