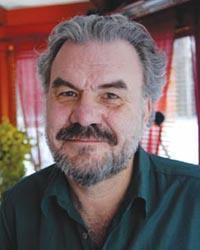 Carl Johan Calleman was born in Stockholm, Sweden in 1950. While as young his main interest was in the humanities and history the first phase of his scientific career was training and practice as a natural scientist in the years 1974-93. He got his Ph.D in Physical Biology under the mentorship of a member of the Nobel Committees and have later also written a number of widely cited articles especially in the fields of Environmental Science, Chemistry and Cancer Research. He was invited to lecture among many other places at the MIT, Cornell, the Chinese Academy of Preventive Medicine and the WHO.

During a backpacking trip to Mexico and Guatemala in 1979 he however became aware of the enormous hidden potential of the Mayan calendar for helping us understand the meaning of the human existence. This insight led to the second phase of his research career, which has been dedicated to understanding the Mayan calendar. It has included writing books on topics ranging from consciousness shifts to a new theory about biological evolution. He has helped the modern-day Mayan elders bring their message to the world. His three books on the topic have been translated to a total of fourteen languages and he has held courses and lectures in some twenty different countries.

The launching of The Paradigm Shift Trilogy in 2014, with The Global Mind and the Rise of Civilization, draws on the experiences from both of the previous phases. This trilogy explores various aspects of the relationship between brain and mind and how this is related to the rise of the early civilizations of our planet. He is convinced that rigorous science is needed to bring about a paradigm shift, which allows humanity to live up to its spiritual destiny.

Carl Calleman lives in Santa Fe, NM and further information can be gained from his web site.

A short introduction to The Global Mind and the Rise of Civilization, the first volume in The Paradigm Shift Trilogy