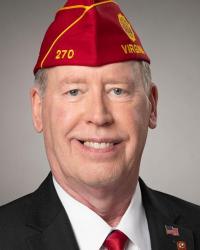 U.S. Army veteran Brett P. Reistad (rye STAD) was elected the 100th National Commander of The American Legion during the organization’s 100th National Convention on August 30, 2018. A retired lieutenant with the Fairfax County (Va.) Police Department, Reistad was a U.S. Army infantryman from 1974 to 1978 and served with the Presidential Salute Battery of the 3rd U.S. Infantry Regiment (The Old Guard) at historic Fort Myer, Va. He participated in the Inaugural ceremony for President Carter and other high-profile events. A member of American Legion Post 270 in McLean, Va., he is leading the nation’s largest veteran’s organization through its centennial year. The American Legion was founded in 1919 by a group of American World War I veterans in Paris, France.