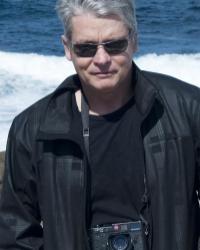 In a Career Spanning more than thirty years, Bill Bennett has made numerous feature films and documentaries and won many awards, both in his home country of Australia, and Internationally. He’s won Australia’s equivalent of the Oscar for Best Picture and Best director, and been nominated a further twelve times. Twice he’s won Australia’s equivalent of the Emmy for Most Outstanding Documentary. His films have been distributed through several Hollywood studios, and have screened at some of the world’s most prestigious film festivals. He’s been in Official Selection at the New York Film Festival, and had two films in Official Selection at the Cannes Film Festival. He’s won the Crystal Globe for Best Picture at the Karlovy Vary Film Festival, and had three major international retrospectives, including Chicago Museum of Art’s Film Center..

In his early television work he won two Logies – Australia’s Emmy – for Television Reporter of the Year, and Most Outstanding Documentary. He is also an Adjunct Professor of Screen Studies at one of Australia’s largest universities, Queensland University of Technology. His latest film PGS Intuition Your Personal Guidance System on tour in the US.

His books are The Way, My Way, which is a memoir of his 800 kilometer walk across Spain to Santiago de Compostela, and his fiction works for young adult readers Palaces of Fires will be out this week from Penguin Random House.