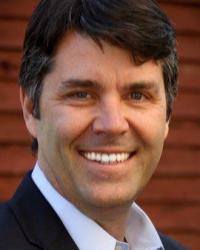 Mr. Johnson has studied and worked in the immigration field for more than 20 years. A former immigration attorney, Mr. Johnson joined the American Immigration Council (The Council) in Washington, DC in 2003, eventually serving as its Executive Director. Prior to that, Mr. Johnson served as the Associate Director of Advocacy for AILA in Washington, DC from 1999 to 2003, working directly with members of Congress and the Administration on legislation to reform immigration laws. He has written extensively on immigration law and policy and has been invited to present testimony on immigration issues before the U.S. Senate and House of Representatives. He is a frequent guest commentator on television and radio, with appearances on programs including CNN, MSNBC, ABC News, Fox News, BBC World News, National Public Radio and C-SPAN. He has been quoted by print outlets such as The New York Times, USA Today, The Washington Post and Bloomberg. A native of Arizona, Mr. Johnson was the co-founder and legal Director of the Immigration Outreach Center in Phoenix. He earned a J.D. from the University of San Diego School of Law and studied International and Comparative Law at Kings College in London.