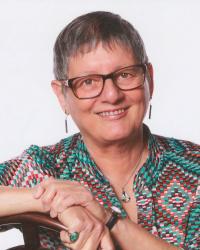 Past Life Regressionist, Barbara Snowden has had tremendous successes using hypnosis as a guided journey to a past life or past lives.  She helps clients heal relationship issues, overcome fears and phobias, and even to find out if you have been in another life with someone before. She began by healing herself from physical back pain and now shares her expertise with anyone willing to keep an open mind and to looking beyond their self-limiting beliefs to realize that we ultimately have the potential to heal anything we desire.

An expert in her field, she shares stories of mended relationships, modifying negative behavior, and complete healing of physical conditions with several testimonials showcasing the miraculous work she does.

"I highly recommend Barbara Snowden to anyone who is interested in past life regression.  Barbara is a professional, down-to-earth, and most importantly a heart-centered hypnotherapist.  I have had many past life regression sessions with Barbara. I continue to go to her because she doesn't just guide me to look at a past life, she actually heals past life issues that are affecting me today.  One example is when I went to her to find out why I had so many problems with a person in my life.  With Barbara's hypnosis technique, I discovered that I had many lives with this person and each time we'd had a falling out.  But I also discovered that I had lives where the other person and I were able to get beyond our differences and help each other. That session shifted my energy.  Within 48 hours of the session, I literally ran into the person I'd been having troubles with. Only instead of arguing, I was able to see the other person's perspective.  I was surprised by that experience!    Barbara makes the hypnosis process feel safe and easy.  I am always amazed by how much I can 'see' when I am in a session with her.  Thank you, Barbara, for all that you do, you are amazing!"

"For about 8 months, my teenage daughter had been suffering from a pervasive and disfiguring rash. Repeated visits to doctors and dermatologists were inconclusive. The only treatment recommended was steroids, which helped initially but soon failed to treat the symptoms, let alone address any possible cause. At its worst, large areas of my daughter's legs, arms, torso, and at times her face were covered with welt-like raised areas which itched horribly, oozed, and bled if she scratched them. She was in despair, and my heart ached for her. When I called Barbara, on the recommendation of a friend, she gave us a prayer to use while we waited for my daughter's appointment. We saw immediate improvement, and after the past-life regression therapy session, there was a complete healing of all symptoms. That was 3 months ago, and thank God, my daughter's skin remains clear. I am so very grateful that we found Barbara, and whole-heartedly recommend her. Thank you, Barbara!"

"My son was 10 years old at the time he received 2 sessions of hypnotherapy from Barbara Snowden. My son had been struggling with nail-biting and a fear of heights that were preventing him from playing guitar and performing on stage.  After the 1st session, our son completely stopped biting his nails and was noticeably less stressed.  After one more session with Barbara, he was also able to move about freely in buildings and areas with high ceilings which he had never been able to look up in before.  It definitely made a huge difference in his life! Barbara was always attentive and very professional.  We would recommend her services to anyone who wants to modify a negative behavior."