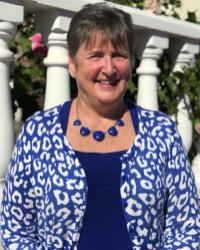 Annette Rogers says: I grew up in a very loving family and my mum believed in and saw spirit but when I was young I wasn't interested in any sort of religion although I believed in "God." It wasn't until my daughter died at age 16 that I became involved with spiritualism. My world had ended the day she died, I felt that I had died too. A couple of years after her death a friend persuaded me to go to the local spiritualist church. Very reluctantly I went along and that was my first introduction to the world of spirit, my daughters new home. It was at least another couple of years before a Medium gave me a very evidential message from my daughter, Lauren. Lauren has been in the world of spirit for 19 years.

Together my daughter and I have had and continue to have the most incredible journey. I became thirsty for knowledge and understanding of the spirit world where my daughter now resided. I read books and studied at the Arthur Findlay College in Stansted, England. So much so that I became a working platform spiritual Medium serving spiritualist churches and centres in England and Spain (where I now live). My second introduction to the spirit world was on a much deeper level when I was lucky enough to sit in a seance with an English physical medium known as Scott Milligan where my daughter spoke to me from the spirit world via a voice box in which 50 other people present heard her. It was at that point that I really became interested in physical Mediumship and have experienced many wonderful contacts with spirit. I love working for and connecting with the incredible world unseen.