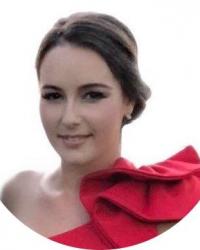 Anna Khait was a contestant on the CBS Show Survivor in 2016.  She was one of the only outspoken Trump supporting, conservatives from the entertainment world during the campaign.

Anna is a reborn Christian who currently hosts a conservative talk show. Her show The Anna Khait Show on Youtube is a well respected platform for patriots. The show is her way of giving back to the country that has given her so much.  Originally born in Saint Petersburg, Russia Anna moved to America when she was 4 years old.  Her family came to America for better opportunity, freedom, liberty, and the pursuit of happiness.  She is grateful for what America has provided for her and her family.  As a child, she grew up hearing about the atrocities that her native people went through during socialism and communism.  She was red-pilled in 2015 when she realized that the same tactics used during communist Russia were being implemented in America today. The attack on Americanism, the constitution, and freedom has sparked a flame in her heart. She is a fighter intended on making this country free again.