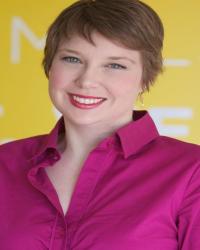 Alicia Aguayo is the Senior Manager of PETA Latino. She plays a key role in program development and outreach, works with many of PETA's celebrity supporters, and represents the organization on Spanish-language television and radio programs throughout the U.S. and Latin America. As a breastfeeding mother, she is particularly passionate about ending the dairy industry's exploitation of mother cows, whose beloved calves are torn away from them shortly after birth so that their milk can instead be consumed by humans.