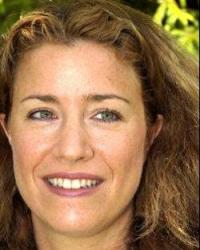 Alexandra Bruce is a Brazilian-American publisher, author and filmmaker, who began her career working on independent films and directing music videos in New York City, soon after graduating from Brown University. She is also a best-selling author of six non-fiction books (View her books)

Bruce is the publisher and author of the popular alternative news website ForbiddenKnowledgeTV.net. Her current site is a relaunch of the original site ForbiddenKnowledgeTV.com which was active from October 2010 through July 2015. The original site was one of the most popular alternative media sites on the Internet with 1.2 million monthly page views and over 100,000 subscribers. Due to Google’s policy changes in 2014, which filtered out the majority of alternative media sites, she was forced to relaunch with a new business model and domain name. Her new channel quickly became highly successful ranking in the top .1% of global domains.

Alexandra is also the producer of the feature film “Heal for Free” (2014), released on VOD by Gaiam Vivendi Entertainment, starring the late Institute of Noetic Sciences Founder and Apollo Astronaut, Edgar Mitchell, Canadian environmental scientist and broadcaster, David Suzuki, Internet health mogul, Dr. Joseph Mercola plus the leaders of the “grounding” movement, Dr. Laura Koniver, along with co-authors of the bestselling book, ‘Earthing,’ Clint Ober and Dr. Stephen Sinatra. The TV rights are available through Gaia. You can view the movie trailer here.