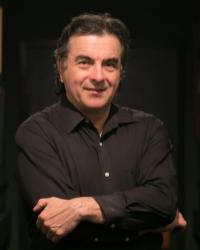 Al Basile is a poet, singer/songwriter, and cornetist. Well known among blues fans world wide, he has fifteen solo CDs under his own name, which regularly reach the top 15 on the Living Blues airplay charts following their release. He has seven Blues Music Award nominations as best horn player since 2010, and his 2016 release Mid-Century Modern was nominated as Best Contemporary Blues Album. His first poetry collection, A Lit House, was published in 2012. He was co-winner of the Meringoff Award for poetry in 2015, given by the Association of Literary Scholars, Critics, and Writers. He considers the texts of his poems to be like sheet music, and his recorded performances to be important examples of interpretation. Tonesmith, his second book, provides a link to audio files of his reading of all 100 poems in the collection. He performed his 2018 poem and song cycle CD Me & the Originator at the West Chester Poetry Conference last June.