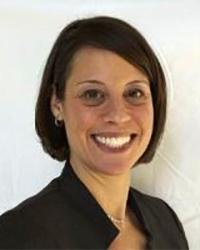 Adina joined ISRI in December 2016. Prior to ISRI, Adina was Director of Global Government Affairs for Alcoa/Arconic and International Government Relations Advisor for Shell Oil Company, both based in Washington, to advise business leaders on trends in U.S. trade and international policy. Adina also served in the U.S. Government as Director for South Asia in the Office of the United States Trade Representative (USTR) and International Trade Specialist at the U.S. Department of Commerce, both assignments responsible for U.S. commercial and trade policy with the countries of South Asia. Adina has a B.A. from The George Washington University and M.A. from The Johns Hopkins University School of Advanced International Studies (SAIS).

Adina is a proud fan of the World Series Champion Chicago Cubs stemming from her upbringing in suburban Chicago, but she is now a confirmed Washingtonian along with her husband and 11-year-old daughter.