According to the Centers for Disease Control (CDC), people living with respiratory diseases, such as chronic obstructive pulmonary disease (COPD), are among the most affected by the COVID-19 pandemic due to an increased risk for severe illness and hospitalization.

A new survey suggests that the pandemic has motivated at least 1 in 3 people with COPD (36 percent) to actively manage their disease. Despite this positive shift, the survey also showed that those living with COPD continue to face significant barriers to managing their symptoms and preventing exacerbations, or symptom flare-ups.

The survey, developed and conducted by GlaxoSmithKline (GSK) in partnership with American College of CHEST Physicians (CHEST) and the COPD Foundation.

In the U.S., there are approximately 27 million people living with COPD and it is considered the fourth leading cause of death. Symptoms, such as breathlessness, can lead to significant disruptions to everyday life, but can be managed. The survey uncovered several misunderstandings which occur between patients, their doctors and even their caregivers, suggesting an opportunity for better overall communication. 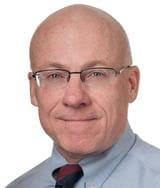 Thomas C. Corbridge, M.D., is a medical expert for GSK and pulmonologist in Chicago, Illinois, affiliated with multiple hospitals in the area, including Northwestern Memoria...