The Cold War fantasy film ‘‘The Shape of Water’’ is the winner of the best picture Academy Award.
The Shape of Water Wins in so many ways. The film from director Guillermo del Toro has been considered one of the front-runners for the evening’s top honor. It received a leading 13 nominations for this year’s Oscars, and won four awards on Sunday night including best director.  "The Shape of Water" stars Sally Hawkins as a mute janitor who falls in love with an aquatic creature kept captive in a government lab.

Listen to this illuminating conversation with Michael McKeown from Department of Homeland Security's Blue Campaign, a national awareness campaign to educate the public, law enforcement and other institutions in the severity of this issue. This horrific crime happens in every state and every area in the U.S., human trafficking does not discriminate.
Connie Harshaw and Rev. Dr. Reginald Davis - Founded in 1776, America's First Baptist Church "Freedom Bell" Rings to Heal Racial Divide. The Bell at the First Baptist Church of Williamsburg, one of the oldest African-American Baptist churches in the United States, rang for the first time since segregation in 2016. In 2017, President Obama rang the bell to celebrate the historic grand opening of the National Museum of African American History and Culture.

On February 25th, the last Sunday of Black History Month, the church will spearhead a yearlong initiative to ignite inclusion and racial harmony during the 11’Oclock hour. Led by Pastor Davis, the day’s celebratory service invites Americans of colors, faith, and creed - young and old - to join in celebration. 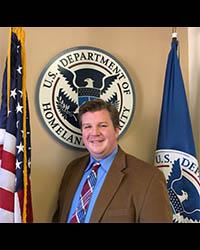 As DHS Executive Director, Mr. McKeown oversees the HSAC and its 40 Council members as well as the ongoing policy work of the subcommittees. He also leads the Blue Campaign ... 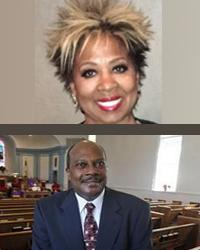 Connie Matthews Harshaw began her career in public service with the U S. Navy at the Newport News Shipyard as a student employee in 1972. She retired from the Federal govern...