Studies show gender diversity is making inroads in numerous industries, but women’s representation in sales is relatively static. Women comprise 39 percent of the workforce in sales – an increase of only 3 percent over the past decade, according to a LinkedIn report.

These numbers are somewhat surprising when considering that women salespeople strongly impact the bottom line. A University of Illinois at Chicago study showed companies with a high percentage of women in sales roles (45 percent or higher) saw 15 times higher average sales revenue than companies with less than 20 percent female salespeople ($644.3M versus $42.5M). It also revealed that female salespeople hit quota at a higher rate than men (70 percent vs. 67 percent).

So why is the sales profession seemingly behind the curve when it comes to gender, or why do relatively few women apply for sales positions? Is it a combination of factors, such as women and companies being too self-limiting? 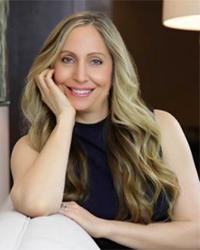 Ursula Mentjes, a sales coach, trainer and author of The Belief Zone, says for either gender, opportunity and success often come down to how they view the profession –...