Business Game Changers Radio with Sarah Westall: Where are the Missing Trillions from the U.S. Budget? 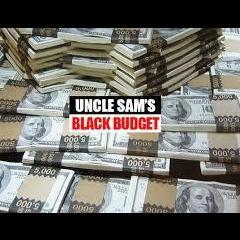 In the last few decades, there has been trillions of dollars missing from the U.S. budget. Donald Rumsfeld, secretary of defense under Ford and Bush Junior, identified $2.3 trillion missing dollars (which was actually confirmed to be $2.7 trillion) in 2001 and recently Catherine Austin Fitts, the assistant department of Housing secretary under George Bush senior claimed that over the past few decades “upwards of 40 Trillion dollars is missing” from almost every agency in the country. What in the world is going on? First, is it even possible that this much money could be missing? My mind probably would not be able to entertain this idea even remotely until I saw the first, and only, audit of the Federal Reserve, showing $16 Trillion dollars being funneled to off shore banks. While this in and of itself doesn’t prove anything, it certainly does open up my mind to listen and question what is going on.

This week my radio show welcomed Jeroen van Straaten, the founder of the Breakthrough Energy Movement and the Secret Space Conference, to discuss the missing Trillions and many other topics. Jeroen was originally scheduled to spend 15 minutes sharing with us the line up for this year's Secret Space Conference, but I found the interview to be so interesting that it became an entire hour-long show.

Jeroen shares his unique perspective on world affairs and he gets into some pretty interesting, off beat, and controversial topics. Jeroen also shares what many believe is the ultimate use of the missing trillions: The Secret Space Program. Related to this and worth mentioning is the recent 60 minutes episode on the Secret Space Command Program within the U.S. Air Force. This episode showed the space jet that the U.S. military has developed and the advanced lasers Space Command uses to shoot down potential enemy objects in orbit. They also discussed the space war heating up with China. While this one episode does not prove trillions are being funneled into a secret space program, it does show that there is much more money and more development going on in space then the public knows about. You can see the show here: http://www.cbsnews.com/news/rare-look-at-space-command-satellite-defense-60-minutes-2/

After discussing many interesting topics, we do eventually get to the lineup for the Secret Space Conference. This year's speakers will cover the estimated size of the missing money from the U.S., the advanced capabilities that are known to exist, and the future of our society. Assistant Secretary Catherine Austin Fitts will be speaking about the missing Trillions that her team has been uncovering. She will also provide personal testimony and incredible documented research on the topic. Other speakers include historian Dr. Joseph P. Farrell who received his doctorate from the University of Oxford, Dr. Paul A. LaViolette who received his BA in physics from Johns Hopkins, his MBA from the University of Chicago, and a PhD from Portland State University, and many others.

You can see the speaker line-up for the conference here: https://secretspaceprogram.org/speakers-2015/

If you want to see more from Jeroen van Straaten or learn more about the upcoming Secret Space Program (Oct. 31 and Nov. 1), visit https://secretspaceprogram.org/

Also, at the top of the hour, Tom Shepard of Shepard Financial joins us again to share another real example of how his “Evolving with Money” program has worked and how it can help others become healthier, smarter and more effective with their money too. You can hear Tom give an excellent description of his innovative program at www.sarahwestall.com.You can reach Tom Shepard on his website at www.shepard-financial.com

Jeroen van Straaten is the Foundation Chairmen of the popular Breakthrough Energy Movement, BEM. His energy conferences has brought together the brightest minds in the world...

Tom Shepard - CFP, is the founder and CEO of Shepard Financial. He has worked in the world of finance for over 18 years. He has served as Finance Director at Maine School Ad...